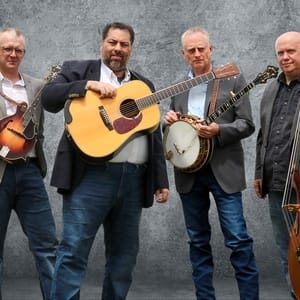 WOW Mountain View, coming to our small town from Kansas City, Kansas!! This will be a show to not miss if you like Bluegrass. Go to You Tube and listen to some of his music. I couldn’t fit all his band members bios on here, but they have some major accomplishments. Mark your calendars to attend this show!!

Virginia and will always be an Appalachian mountaineer through and through, most of his life has been spent living and working in the Midwest cowtown of Kansas City – yes, on both sides of the State Line. After graduating from high school in West Virginia, Greg left the hills and hollows to pursue a calling to train for the ministry in the Kansas City area. He attended bible college in Overland Park, KS where he met his wife. They both pursued further education and careers, and raised a family for twenty-five years in America’s breadbasket before moving to Colorado in 2007.

The Blake family spent 10 years in Colorado before deciding to move back to the Kansas City area. Greg built a solid reputation and loyal fan base in the Midwestern states while living there. He was a member of the Bluegrass Missourians for nearly fifteen years, helping them to secure multiple awards from the Society for the Preservation of Bluegrass Music in America (SPBGMA), as well as establishing himself as one of the Midwest’s premier vocalists (twice nominated for SPBGMA’s Traditional Male Vocalist of the Year) and guitarists (an amazing five consecutive awards as Guitarist of the Year and nine nominations AND a Kansas State Flatpicking championship to boot).

When Greg returned in 2017, the Midwest fans were wondering if his world travels as a professional musician would leave any room and time for him to perform at “home”… They were thrilled when he put together a band consisting of former Bluegrass Missourian band mates Grant Cochran and Brian McCarty, and one of Missouri’s finest Scruggs-style banjo players Todd Davis. This is a Midwest band with a traditional, Midwest flavor performing primarily for Midwest audiences. But invitations are already coming from many different places outside the familiar plains and rolling hills of the Midwest for what this band has to offer. If you’re vacationing across the plains of Kansas, or the rolling hills of Missouri & Arkansas, or you happen to find yourself staring at miles of corn fields in Iowa and its “festival season”, there’s a good chance that you’ll hear this local favorite with a world-wide appeal.

Mountain View, Arkansas is a beautiful little town nestled in the midst of the Ozark Mountains. Our Friday night music venue will be a mix of country, old rock, gospel and folk-bluegrass music. We hope that you can join us!! Bring a chair!