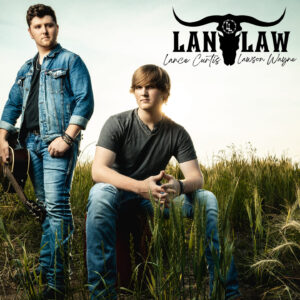 Lance Curtis is an Arkansas native and signed Recording Artist for Grammy-nominated multi award-winning producer, Kent Wells. Lance has performed many songwriter rounds at Nashville’s most iconic venues and has played shows in South Carolina, Tennessee, Arkansas, Georgia, Florida, North Carolina, and Alabama! Lance is a true country soul and expresses that plainly in the songs he writes! His passion for music explodes when he steps onto the stage bringing high energy levels and showing that he is a dynamic entertainer! Because he was raised on classic country music, Lance wants to hold true to his roots and mix classic sounds with today’s country radio, much like Cody Johnson, Tim McGraw, Brad Paisley, Jon Pardi, Luke Combs, etc…! Lance is often told by Nashville music industry experts that he is the perfect blend of classic and modern country music with his own unique sound!

Recently, Lance and his brother, Lawson Wayne, who has been Lance’s dummer and back up vocalist for the past 3 years have formed into a duo group called Lan Law. They have opened up for Gene Watson, Craig Campbell, Barrett Baber, Marty Haggard, and in 2020 they were scheduled to play The Ryman Auditorium with Reba Mc Entire, Lady A Rascal Flatts, Lee Greenwood along with many others until COVID 19 hit and unfortunately shut everything down! Together they play many acoustic shows and full bands shows as well! If your looking for true country souls that on fire for country music, look no further because these brothers are amazing together!