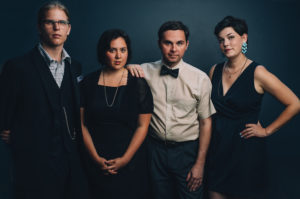 What began as a project to explore the space created between hillbilly and urban, between vaudeville and down home, has arrived somewhere entirely new. Bill and the Belles offers a contemporary reimagining of a bygone era, breathing new life into the sounds of early country music. At the foothills of the Blue Ridge and the forefront of old-time music, Bill and the Belles continue to further the music traditions of their region. From sentimental Southern ballads to the popular songs of Tin Pan Alley to regional fiddle breakdowns, a Bill and the Belles show is a celebration of the diversity country music once represented.