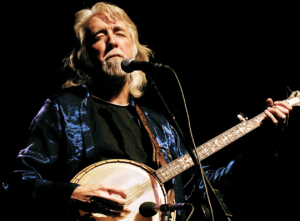 John McEuen has been a “professional performer” since 1962, working as a magician in Disneyland’s Magic Shop as a teenager. Music soon came along, which led to his long and varied career first solo, then as a founding member of the Nitty Gritty Dirt Band in 1966. Over 10,000 concerts and 300 television shows throughout more than 3 million miles – with the band and as a solo performer – John has pursued his passion for performing and recording. John left NGDB at the end of their 50th year touring to focus on the demand for his solo performing and projects. Beyond performing, he concurrenty has a rich history of creating, producing and preserving original and traditional folk and acoustic music, and taking it to new audiences.