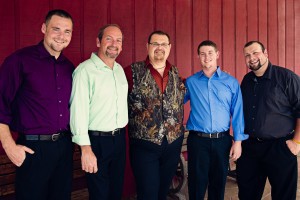 There aren’t many vocalists who can wring every bit of lonesome out of a note like Junior Sisk. Sisk’s soulful, heartfelt vocals earned him the 2013 IBMA Male Vocalist of the Year award. They have also helped him, along with his band Ramblers Choice, earn a number of other awards over the past several years, including 2014 SPBGMA Bluegrass Band of the Year. Hailing from the Virginia Blue Ridge, Sisk first made his mark as a songwriter, penning hits for groups like the Lonesome River Band in the early 1990s. Several years later, as a member of Wyatt Rice & Santa Cruz and Blueridge, he helped define the sound of driving, modern traditional bluegrass. Sisk founded Ramblers Choice in 1998, releasing Sounds of the Mountains on Rounder Records. After a brief hiatus, he reformed the group and began what has become a very successful career with Rebel Records. Trouble Follows Me, the band’s latest album and their fifth for Rebel, was released in September 2014 to wide critical acclaim. Four songs from the album reached the Bluegrass Today Top 20 within a few months of the album’s release, with one – the Milan Miller/Davis Raines co-write “I’d Rather Be Lonesome” – debuting at number one.