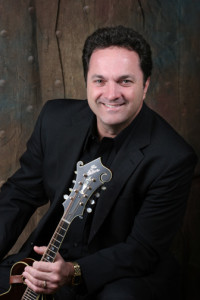 Highly regarded as one of Bluegrass Music’s finest High Lead and Tenor vocalist, Larry Stephenson has been a headliner for over twenty years. Larry formed his band in 1989 while living in his home state of Virginia. Stephenson has been a touring bluegrass musician since he played with his Dad beginning in the middle seventies. Born in Harrisonburg, VA and raised in King George, his Dad started him on the mandolin at age five, cutting his first record at age 13. He credits the rich music scene of Virginia for much of his musical success, having seen and heard the first generation bluegrass performers at festivals, shows, and on the radio. After high school graduation, he worked and recorded with Cliff Waldron and Leon Morris while soaking up the Washington, D.C. rich musical scene, which included cutting edge bands like The Country Gentlemen and The Seldom Scene as well as traditional bluegrass and old-time music. Moving onward in 1979 Larry spent 4 ½ years with Bill Harrell & The Virginians. And in 1983 joined the famed Bluegrass Cardinals for 5 ½ years. This combination has been called “…one of the classic lineups of the Bluegrass Cardinals”. Recording with both groups.