Nothin’ Fancy formed as a bluegrass band in 1994 to compete in a bluegrass competition. Since then, they have grown in popularity, released 11 full length albums, and continue to perform at festivals all across the United States, Canada and Norway including the Ryman Auditorium in Nashville, TN, the Lincoln Center in New York City, and the Birchmere in Alexandria, Virginia. They have successfully hosted their own Nothin’ Fancy Bluegrass Festival every year since 2001 in Buena Vista, Virginia. 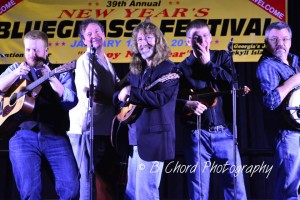